Wow, okay, so I've been asked to make a tutorial on sculpting ruffs (well, actually I offered to see if there would be any interest and people said yes) after posting some recent photos of my nascent Chaos Cult for Necromunda. 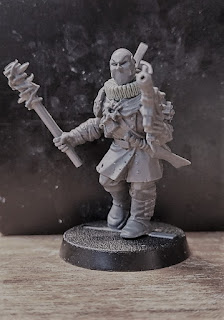 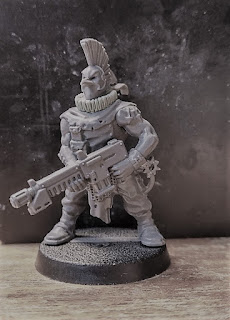 So yeah, what follows is only the way I do it, there are others who probably sculpt ruffs differently, but this is the technique I use.

The tools I use to sculpt ruffs are; A single-edged sculpting blade (GW make their own, but this one is from a set bought at Hobbycraft about ten years ago and the head is about a third smaller than GW's). A scalpel with an unnotched blade (mine is a Swann-Morton, but any scalpel with a straight-edge should be fine). Finally, a cone-headed silicone sculpting tool in a 0.5cm nib (I picked these up in a set of five for a few quid on eBay and they are magic as they have more give on them than their metal counterparts allowing for a 'softer/smoother' sculpt), but if you don't have one, it's not a vital necessity. 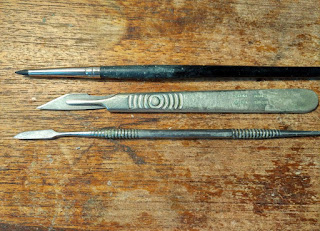 Lately, I've been using an amalgam of greenstuff and Milliput (sculpts like greenstuff, but cures rock hard like Milliput). Don't worry if you don't have Milliput to hand, you can just use greenstuff with the same effect. If you fancy trying your hand at Milliput for the first time when trying this, a note of caution; Milliput is an IRRITANT, when handling it in its raw form (before it has cured fully), ensure that you wash your hands thoroughly afterwards. Do NOT touch any 'soft' body part (eyes, lips, tongue, armpits, genitals, butt crevice) before you have washed your hands. Do NOT eat the Milliput in it's raw form. Keep away from children.

Firstly, make four equal sized balls of the epoxy (yellow and blue for greenstuff, yellow and grey for Milliput). Mix them together separately and roll them into two roughly equal tubes. Leave them to settle for a minute or two before twining them and mixing them together (you may want a little water to lubricate this part) until you get a uniform pale green. Leave it to settle for a further twenty minutes. 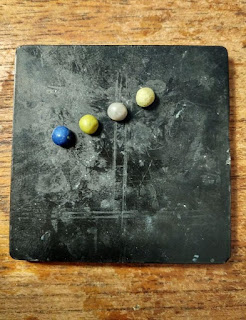 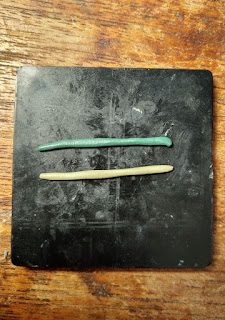 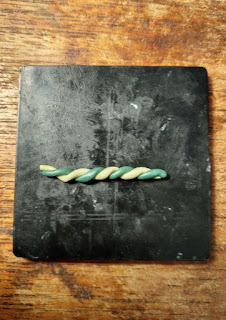 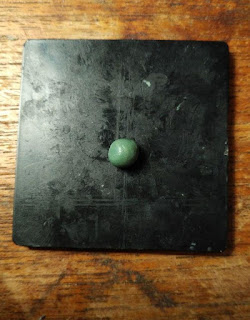 Prepare your helpless victim (freshly decapitated before preparing the putty). I drilled a hole though roughly the centre of where I plan to pin the head to. I always superglue bits together, even if they're plastic as I find it less messy than poly cement (that's just a personal preference). However, it is worth marking the centerpoint and you'll see why in a moment. 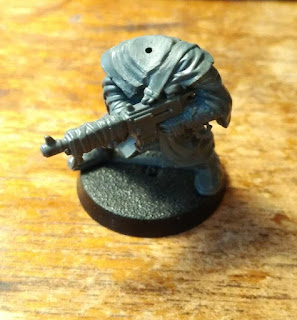 Roll your putty out into a short, fat sausage and then wrap it around in a small doughnut, using the drill point as a central marker. Using your sculpting tool, square off the doughnut, so that it looks more like a Polo Mint, making sure the inner circle is also squared off and roughly equal around. Let it settle for five minutes or so, so that it can retain it's shape a little better. For the next part, I used my cone-headed silicone tool, but feel free to improvise. Gently push the putty towards the center, leaving a little of the edge remaining, until you have create a small concave bowl, with the pin hole as the center. Again, leave it to settle for about five minutes. 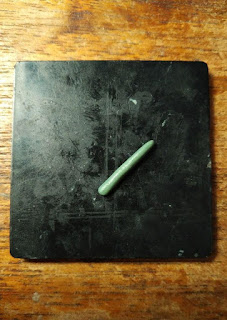 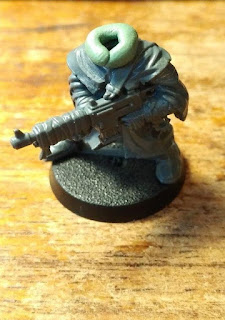 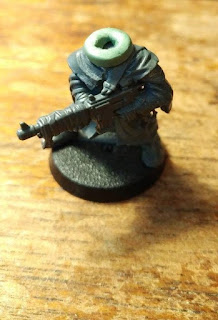 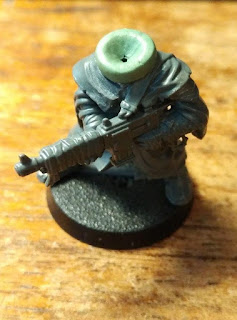 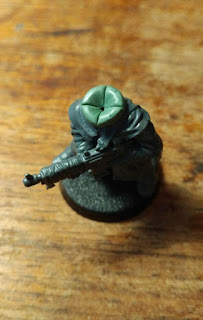 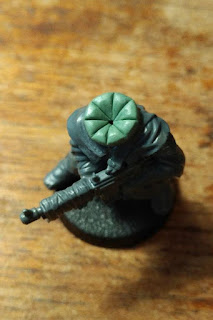 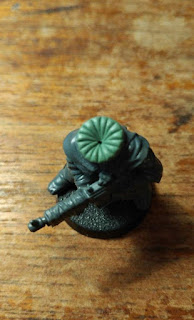 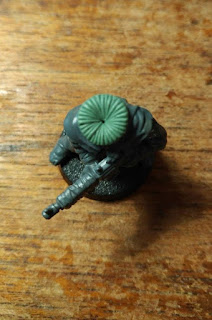 Next, you will want to push at the edges of your mushroom with your scalpel, using the scoring on top as a guide. These will form the top-down ripples for your ruff. You will want them to join up with the scoring on top, but not all the way to the bottom (see photo). Repeat this all the way around the ruff, tidying up where you see necessary. This final part is the most tricky of the lot, as you need to score the bottom-up ripples of the ruff. Repeat the procedure as before but inversely (so start marking at the bottom to near the top - see photo). 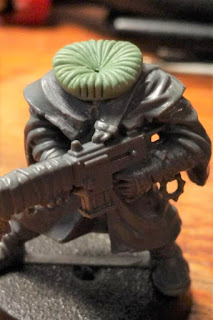 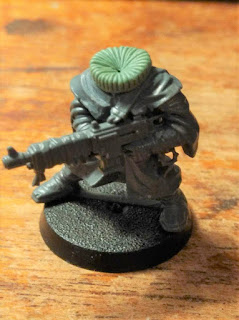 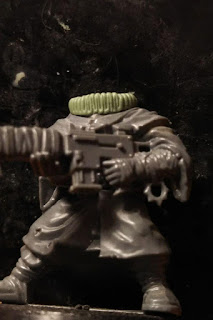 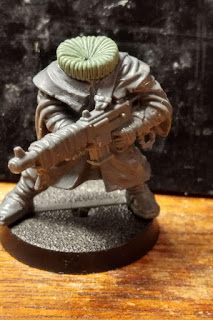 Finally, tidy up as you see necessary and once you're satisfied with the end result, leave to cure fully overnight. Hope this helps!