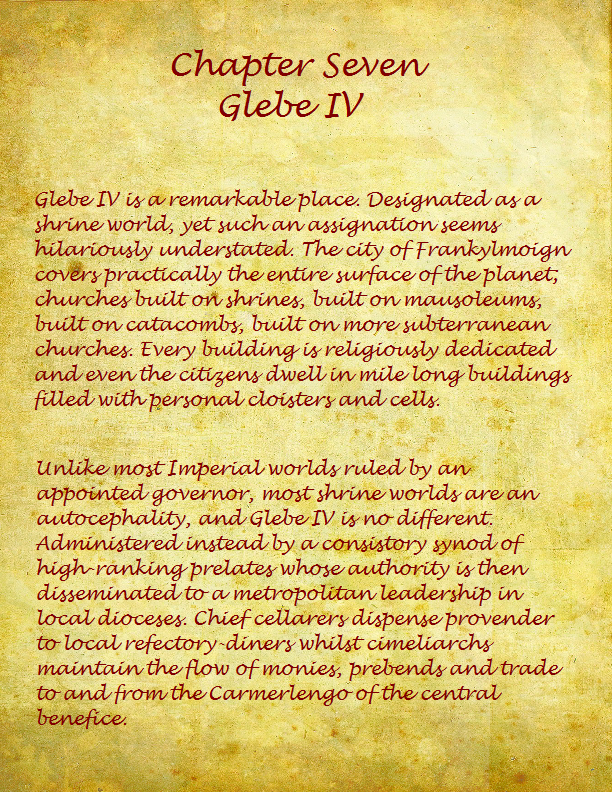 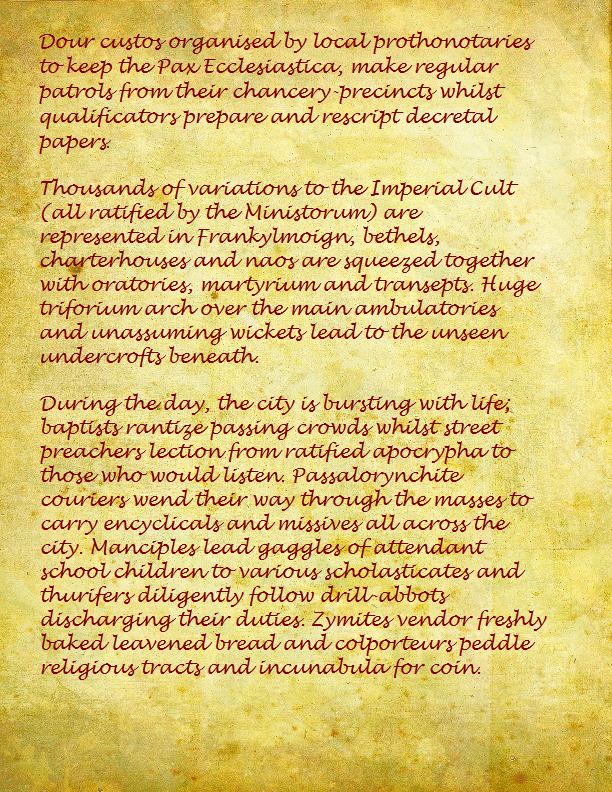 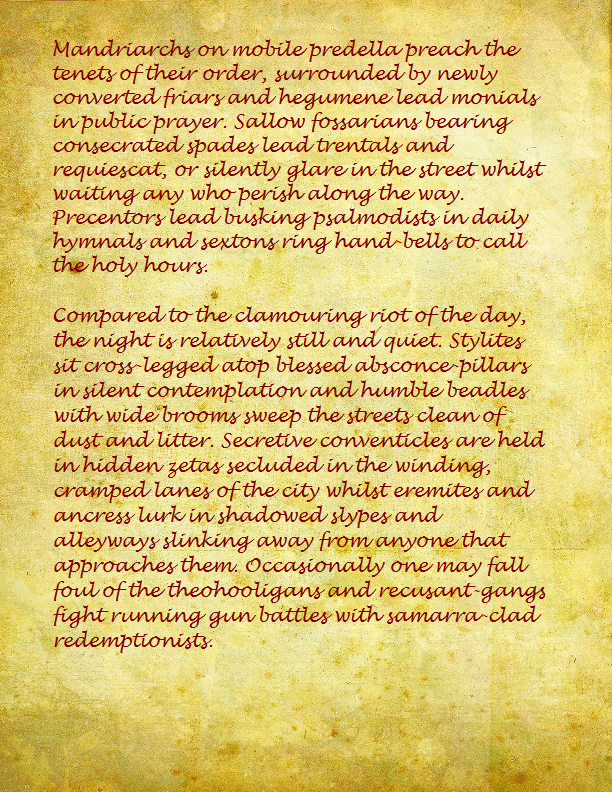 Posted by Gretchin at 22:06 No comments: 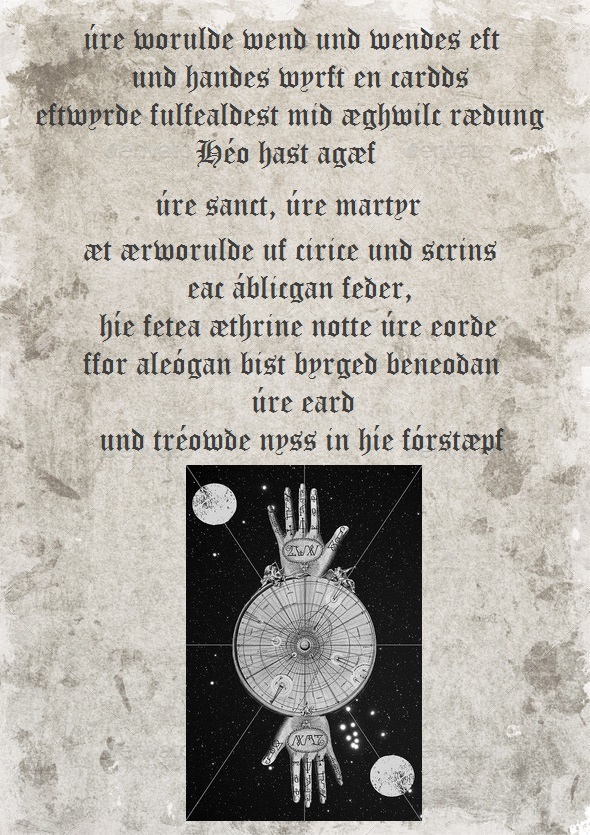 Posted by Gretchin at 22:45 No comments:

It does kind of sound like the beginning of a self-help group, but it really is an honest statement. I was asked a few days ago what I do when sculpting, whether I listen to music or audiobooks whilst working? Truthfully I normally just put the television onto something non-stimulating just to hear conversational voices in the background.

I do, however, listen to a lot of music, but I seldom listen to any whilst working because I normally end up dancing and singing along (badly)! I am very much a synthpop freak, as I'm sure I've stated before in an earlier entry on this blog and I've decided to make a regular post every month with my favourite track of that month, so you can get to know a little more about me.

Posted by Gretchin at 18:20 No comments:

Email ThisBlogThis!Share to TwitterShare to FacebookShare to Pinterest
Labels: Music

For those of you who haven't seen it, or even heard of it, Franklyn is a UK film that can be considered something of a diamond in the rough. It was released in 2008 to a minimally announced screening and an even more scarcer advertised DVD release later on.

The story itself is a little convoluted and is something of a romantic fairy tale if one were written by a cynical psychiatric nurse, however it is more to the visuals that makes this film truly great.

From the deeply disturbed Gothicism brought to us by Eva Green's character, to the grandiose magnificence of Meanwhile City that looks as if it were a joint lucid dream between Guillermo del Toro and Tim Burton, Franklyn is arguably elevated to more like a piece of art to view rather than a film to watch.

So, other than being a wealth of visual inspiration, the ethos of Meanwhile City is also quite striking because the law dictates that every inhabitant within its colossal boundaries is required to be an adherent of some kind of religion. In fact there are so many differing cults, creeds, sects, micro-churches and so on, to quote from the film:

"There are now so many faiths registered in this town, it gets kind of hard to be original. These days, you can form a congregation simply based on washing-machine instructions."


Indeed there is a magnificent scene inside this massive bureaucratic hall:


"If you needed to find someone, the best place to start was the Faith Registration Centre - Meanwhile's melting pot of the pious. Every creed, cult, religion and doctrine pass through these doors, all looking for the same sense of belonging and hope."


In the 40k universe, wherever I see the word Shrine World, I cannot help but think about Meanwhile City. Inspired by the recent beauty that was the Pilgrym project done on Iron Sleet, I have it in mind to dig up an old campaign idea that I was part of a long time ago and maybe start a new community project set on a Shrine World with Meanwhile City's visuals/ethos in mind for the backdrop.

Okay, so my next project is pretty darn challenging: a miniature based on this most classic John Blanche piece of artwork. 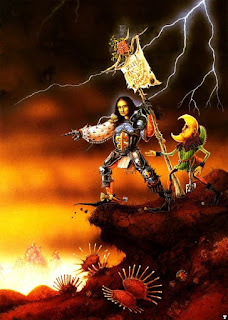 It has been far too long since I made regular posts, which is a pity because I've got two entries for RYR (Grime Lights) awaiting photos, along with two fantasy based projects and something of a Grime Lights prequel warband waiting in the wings!

Anyway, on Ammobunker right now, a group of phenomenal Scandinavian modellers have been working on something called Outgard, an INQ28 project aiming for a really low-tech medieval setting in the gothic majesty of the 41st Millennium. I've not been invited to participate, but it doesn't stop the creative juices flowing and idle hands are the Devil's playthings.....

Barquentine, The Luddite-General of Lindisfarne

Stories of the Luddite-Templars of Lindisfarne are told in whispers over guttering fires in the night. For their spies are everywhere, hunting down blasphemous wytchtech before summoning the true might of the Templar army to ensure its disposal.

The fortress-city on the large island of Lindisfarne, on the northern coast of Überwald, is considered (by its inhabitants at least) to be the last safe and free city on Outgard, providing you adhere to its strict ascetic laws laid down by the city's founder, Saint Edvard Ludd (who was in fact one of the last Imperial Fist astartes to die on Outgard before the 'Great Exodus' nearly ten thousand years ago).

Barquentine has served as general to the Luddite-Templars now for nearly two decades, but as age and severe old war-wounds have weakened his body, he has adopted the role of Spymaster, allowing the young, but firebrand Joan D'arquebus to take up his mantle. 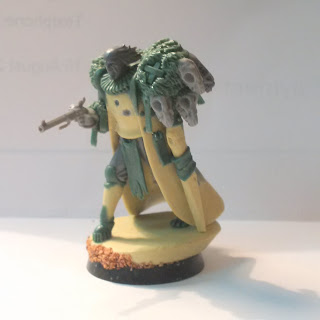 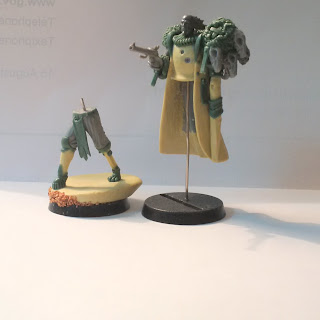 Obviously, Barquentine is based on the wonderfully sublime John Blanche sketch below. 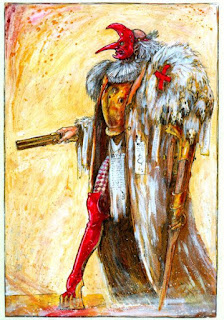