The title is a little random, but it has been a while since I updated this blog and in lieu of available photos of miniatures (as I am waiting for my friends foot to heal in order to borrow her photography skills) I decided to write up a little piece on stuff I am working on right now and Sigourney Weaver.

At the moment I have my Cosmic Horrors nearly completed before I paint them (yes, I will actually do some painting!) and a small contribution to the massive community Pilgrym project. I've also been conversing a lot with Ana from Gardens of Hecate regarding aesthetics in miniature design and have a minor fantasy-based project in the works under the title of 'The Huntsman'.

However in the meanwhile moments, I have been working on my 'Ready Your Retinue' entries (I have February, March and April completed) even though they've yet to be photographed or even painted, but I hope to have some Grime Lights fiction ready to post alongside miniatures once I get pics of them.

Now, what does any of this have to do with Sigourney Weaver?

Well, during my childhood in the 80's, Sigourney Weaver was (and still is) a big name on the silver screen, often portraying strong female leads and was a huge role model for me growing up. Whilst working on Grime Lights the name Mejila Osu crops up as the Inquisitrix/Mistress of the cell/retinue I am building and in the first scene of the fiction piece I am writing, Tsuki Shōgatsu is meeting with Mistress Osu which got me trying to imagine what kind of woman she would be and the first name that popped into my head was Sigourney Weaver; a strong woman with an iron will, gravitas and a little alluring.

With that in mind, I wanted to make my miniature of Mejila Osu utterly unique. When I first started playing 40k, it was already a few years into its second edition and in the center on the of the rulebook, there was a few pages displaying various miniatures, including this one; 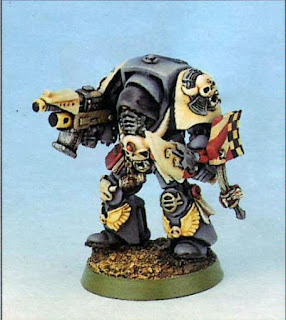 This was also at the same point I was reading the original Boxtree edition of the Inquisition War Trilogy, the covers of which depicted the eponymous Jaq Draco in Terminator Armour. So inspired, I decided that Mejila Osu would be one of those rare members of the Inquisition with an ancient set of human-sized Tactical Dreadnought Armour passed down to her. On my desk right now, I have one of those plastic terminators from the second edition of Space Hulk (which stands quite a bit smaller than their current contemporaries) which I am currently bedecking with lots of details to make it more like a unique piece of antiquity.

Now that I got her torso decided, I wanted to sculpt her head to look like Sigourney herself (not sure if I will be successful though) and originally I was thinking about using Ripley as she appeared in in Alien 3 (with the shaved head) to make her appear a little androgynous, but the Runtherd suggested that I use this photo instead; 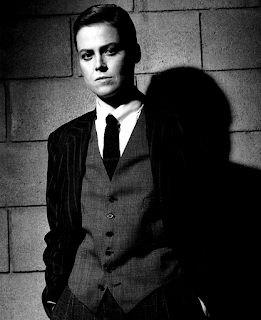 Please watch this space to see how it all turns out!

I finished Navigator Dhalsima at the beginning of January 2016 after many many redesigns so now he looks horribly malformed and just a little Cthulhu-esque. Dhalsima also completes Iacomus's coterie for the moment as I've yet to build The Torn Prince and even sit down to design a sixth (and final) member. It also means I might be quiet for a while as I have several projects being worked on, but nothing either completed or photographed yet. 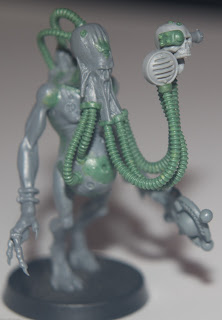 Dhalsima Chakrasamvara was the first born son of the sixty-eighth generation of navigator house Chakrasamvara from an unnatural intra-house procreation, thus when he slithered from his mother's womb, the attendants beheld him as an utterly twisted creature unfit for service in the name of the House Chakrasamvara and was subsequently locked away from all eyes in the secret dungeons of the central mansion. Four decades later, the fall of House Chakrasamvara for dangerous genetic instability and malpractice resulted in the destruction of the entire bloodline by the fiery sword of the Inquisition. Some time after the agents of the Inquisition had finished razing the opulent dwellings of House Chakrasamvara to the ground, it was Iacomus, drawn to this location by sorcerous means, found the hidden dungeons beneath the rubble and within, the silent wretched form of Dhalsima. 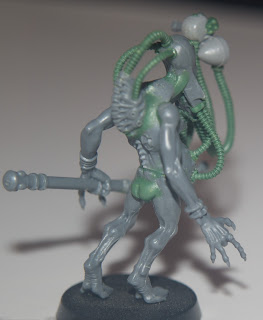 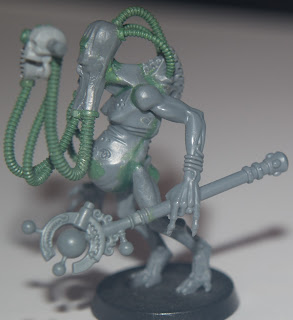 Email ThisBlogThis!Share to TwitterShare to FacebookShare to Pinterest
Labels: INQ28

This was the last miniature I finished in 2015 sometime in the summer before I took a break to manage my ill health. Naturally he is based upon the eponymous figure that has appeared in a number of John Blanche art pieces, but more specifically this one; 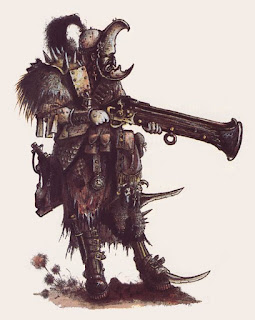 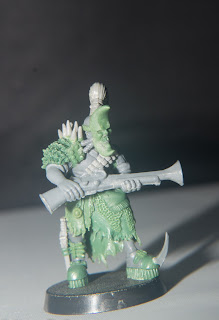 Moonface has been seen throughout the Imperium of Man at numerous points in time and every sighting has been at the height of calamitous misfortune. When and how Iacomus co-opted Moonface to his cause is unknown, but what cannot be denied is that the corrupted warp-dabbler now has a powerful ally by his side. 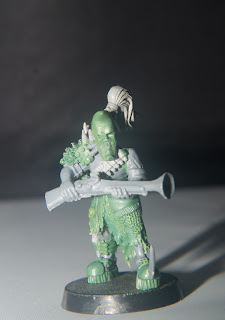 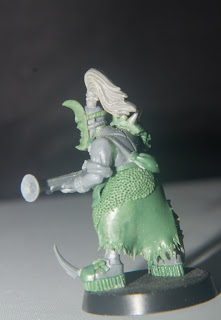 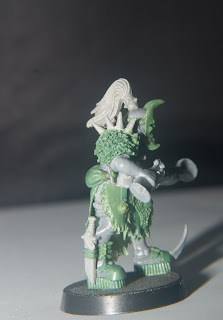